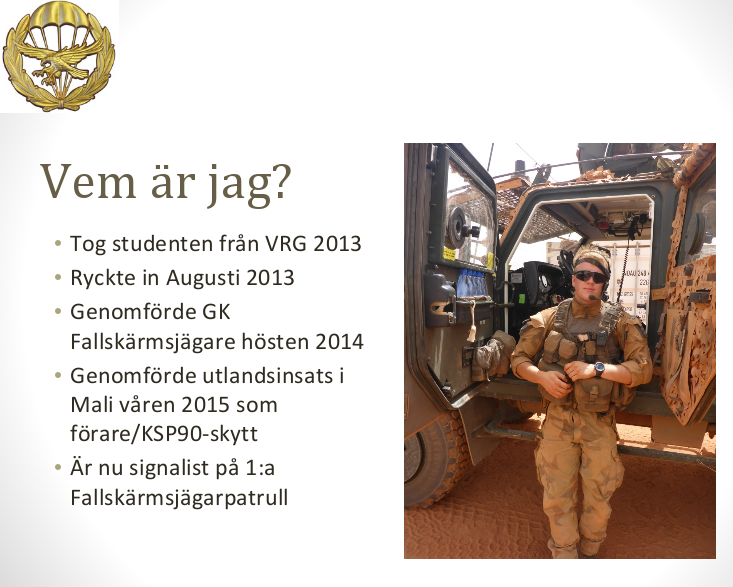 Last week, our Leadership class welcomed VRGD alum, Felix Berglund (Class of 2013), as a guest speaker.  Felix shared his experience in the Swedish military and as a part of a United Nations Peacekeeping troop in Mali.

During his talk, Felix talked about his training, specific tasks, his most memorable experiences, as well as in which situations he learned the most.  He introduced us to new terminology like systems understanding, ”hot chair” feedback, talents vs knowledge and more.  In addition, he talked some about why he chose the path he did. 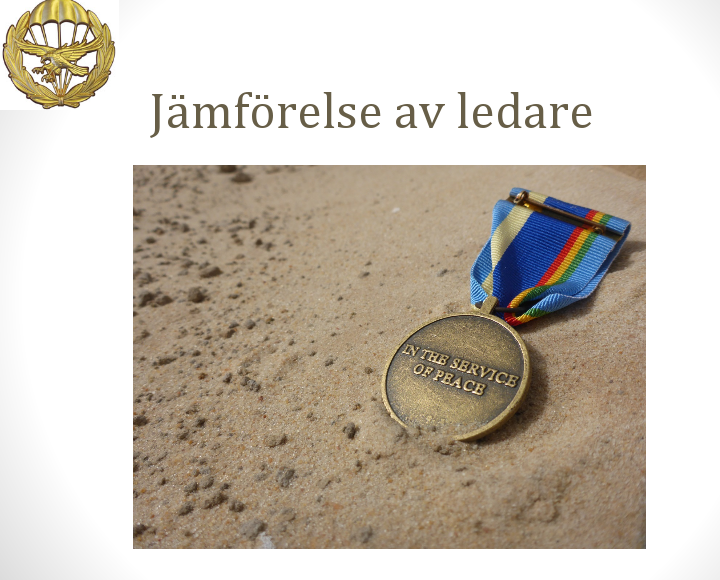 His presentation was filled with photos from his military work, a comparison of the different types of leaders he has come into contact with, and his own reflections.

The students really appreciated this lecture as was evident in their reflections: 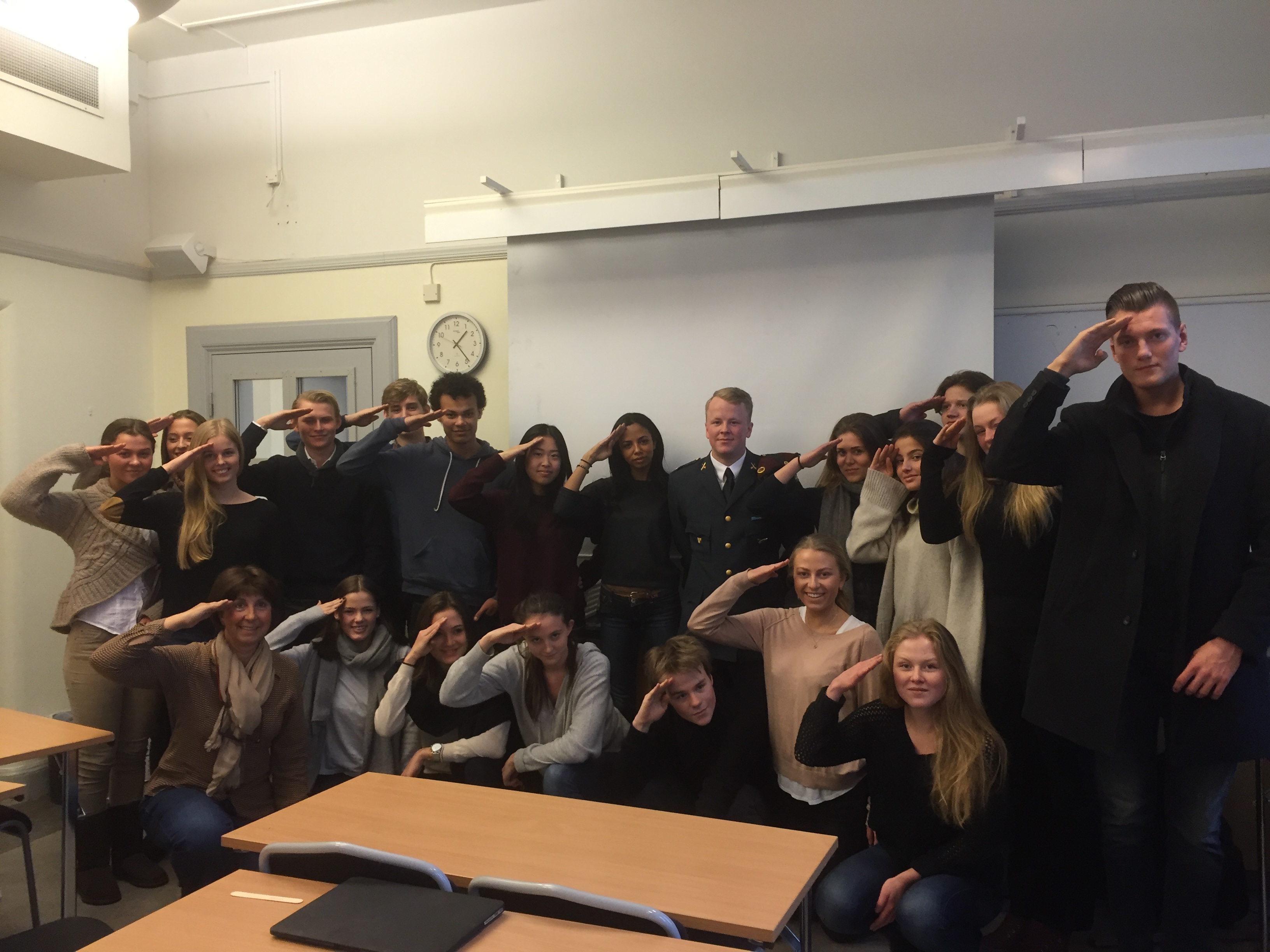 ” … What I found most interesting was when he spoke about dedication (as he defined it “devote”). What is most useful to bring from school as a ground principle – dedication. Like Felix said, we are not all perfect and an expert at the things we do, but with dedication you will be able to outwork the others.”

”… I found it refreshing to have examples from someone’s own experiences, rather than the theories and hypotheticals that we have previously handled in this course. I enjoyed the conflicting descriptions, some leaders were calculating, and others more quick on their feet and quicker to read the platoon.” 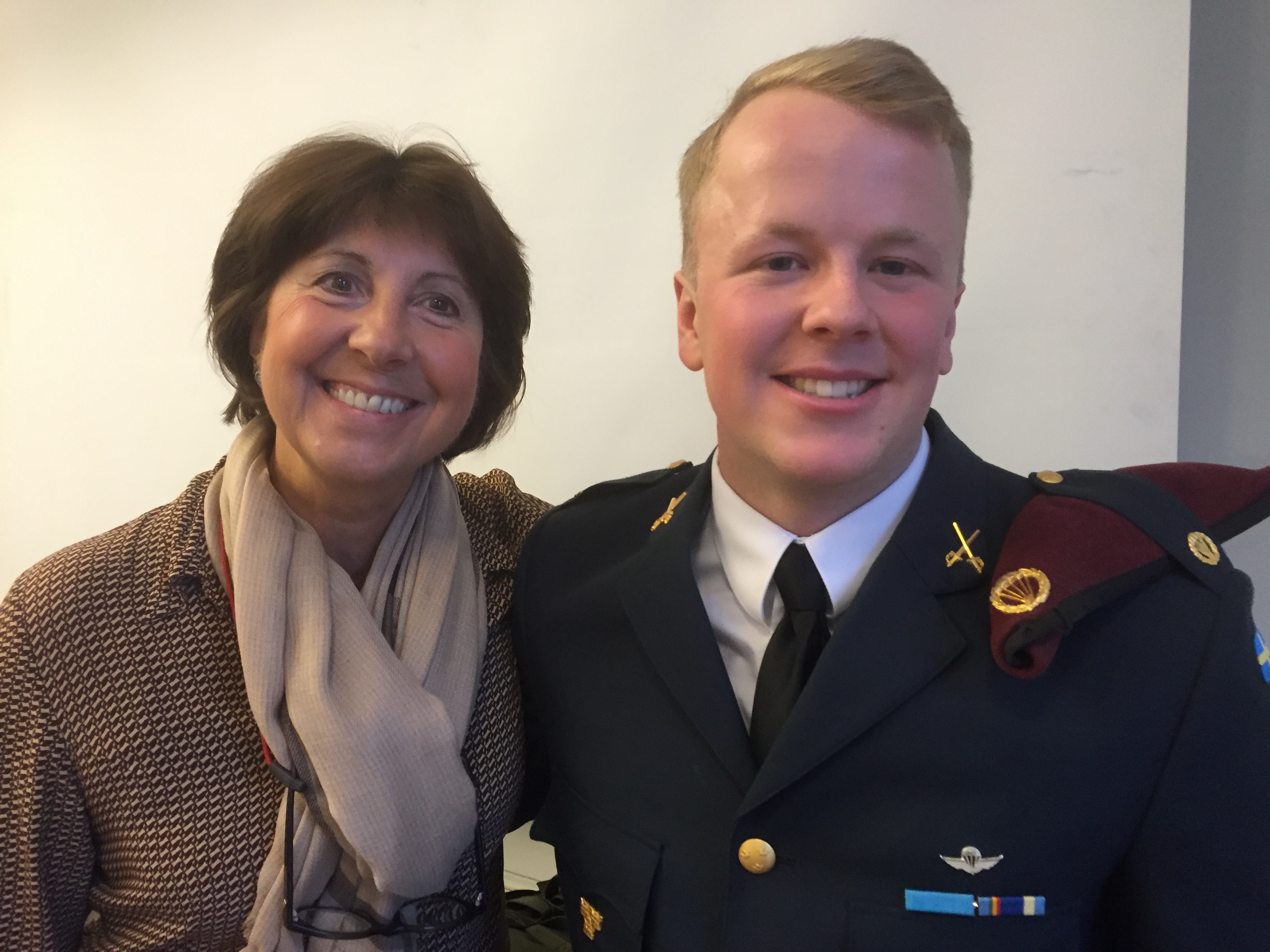 about them. I felt like he brought the transformational leadership theory to life when he spoke about how he could be “talking s*-t” the first second and then take on the leader role the next.”

Thanks, Sue, for inviting Felix as our guest speaker.  He helped us connect theories to the real world.