SGLI 2017 – Becoming peacemakers with friends from around the world 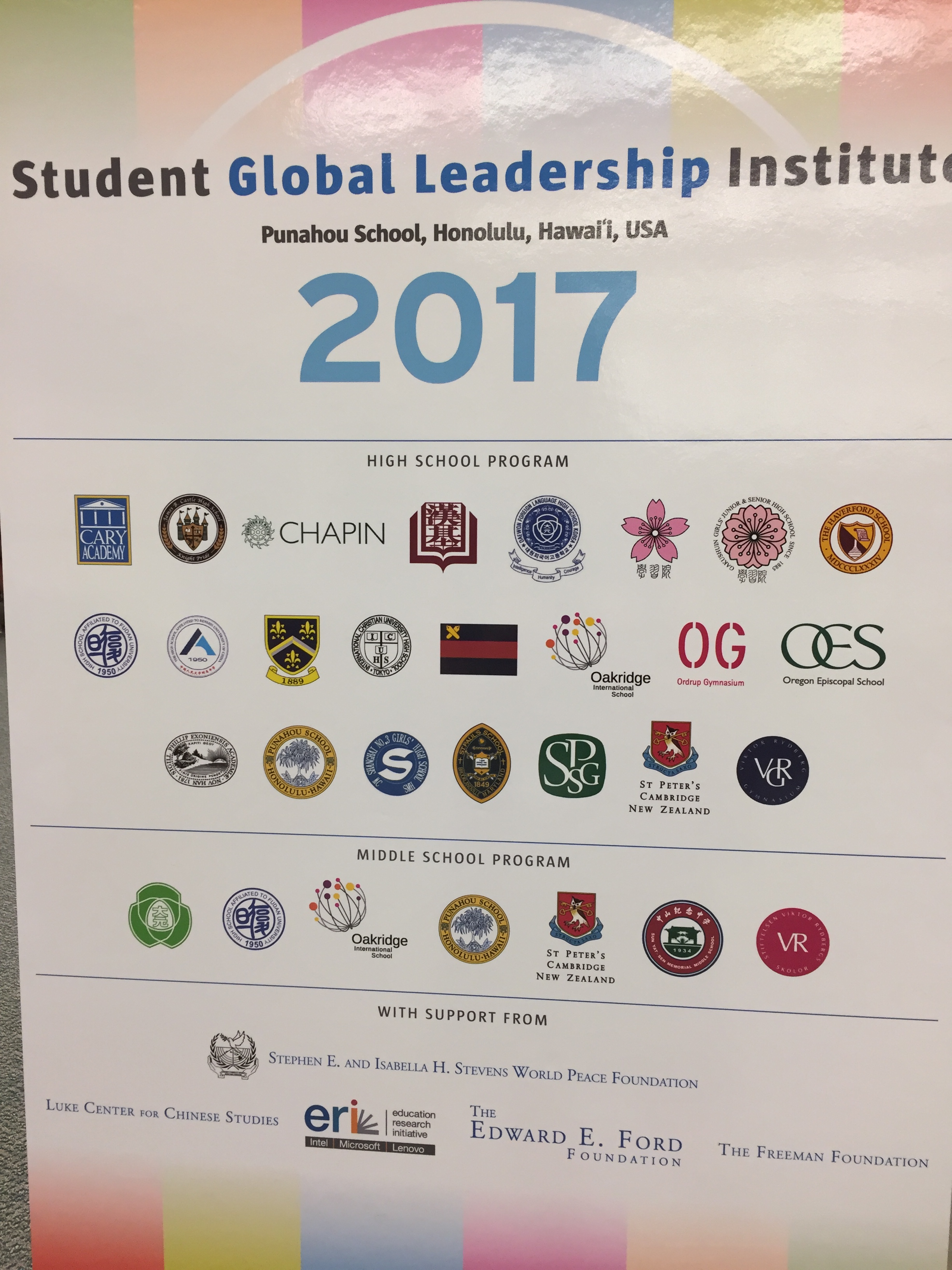 For the eighth year in a row, the Student Global Leadership Institute (SGLI) brought more than 70 high school students from 23 schools in 9 countries to Hawaii.

The three high school students that represented Sweden in SGLI 2017 were Robin Nordström from VRG Djursholm, Alice Corneliusson from VRG Jarlaplan and Sahand Salary from VRG Odenplan. New for this year was that the program opened up to middle schoolers from 6 different countries, therefore two middle schoolers from VRS Vasastan also joined the two-week program.

This year’s theme was peace. Peace is a very complex term – not only in a global perspective but also in a community or in a relationship.

The institute was held at Punahou School in Honolulu, Hawaii.  Punahou is the largest 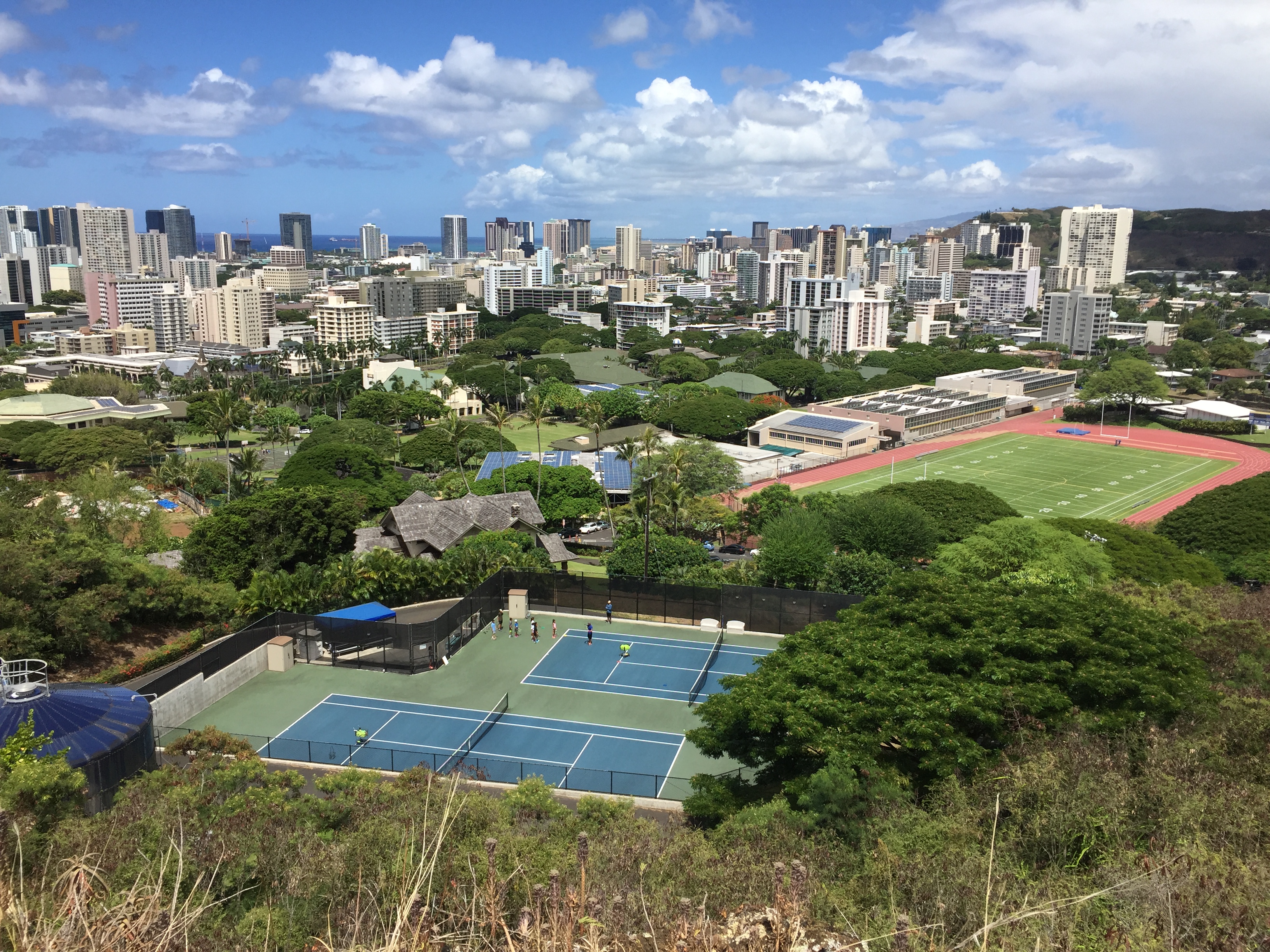 American independent school and the 2nd oldest in the country.  They have more than 3400 students from kindergarten to grade 12.  We were lucky enough to live in the dorms at the University of Hawaii only 3 km away.

During the two weeks, we got the chance to listen to inspiring speakers that spoke about peace in different contexts. The presentations gave us a lot of information and new thoughts. We also went on many field trips, for example to Pearl Harbor. In school, we discussed issues regarding peace, participated in many group activities and created small projects.

By meeting and getting to know students with completely different backgrounds, this program has given us a broader understanding of peace and the world in general. It has made us realize that we, who participated in the program, are a part of something bigger than ourselves. We have grown as people in the sense that we have been given new perspectives and we have become more open-minded and accepting towards others and their opinions. 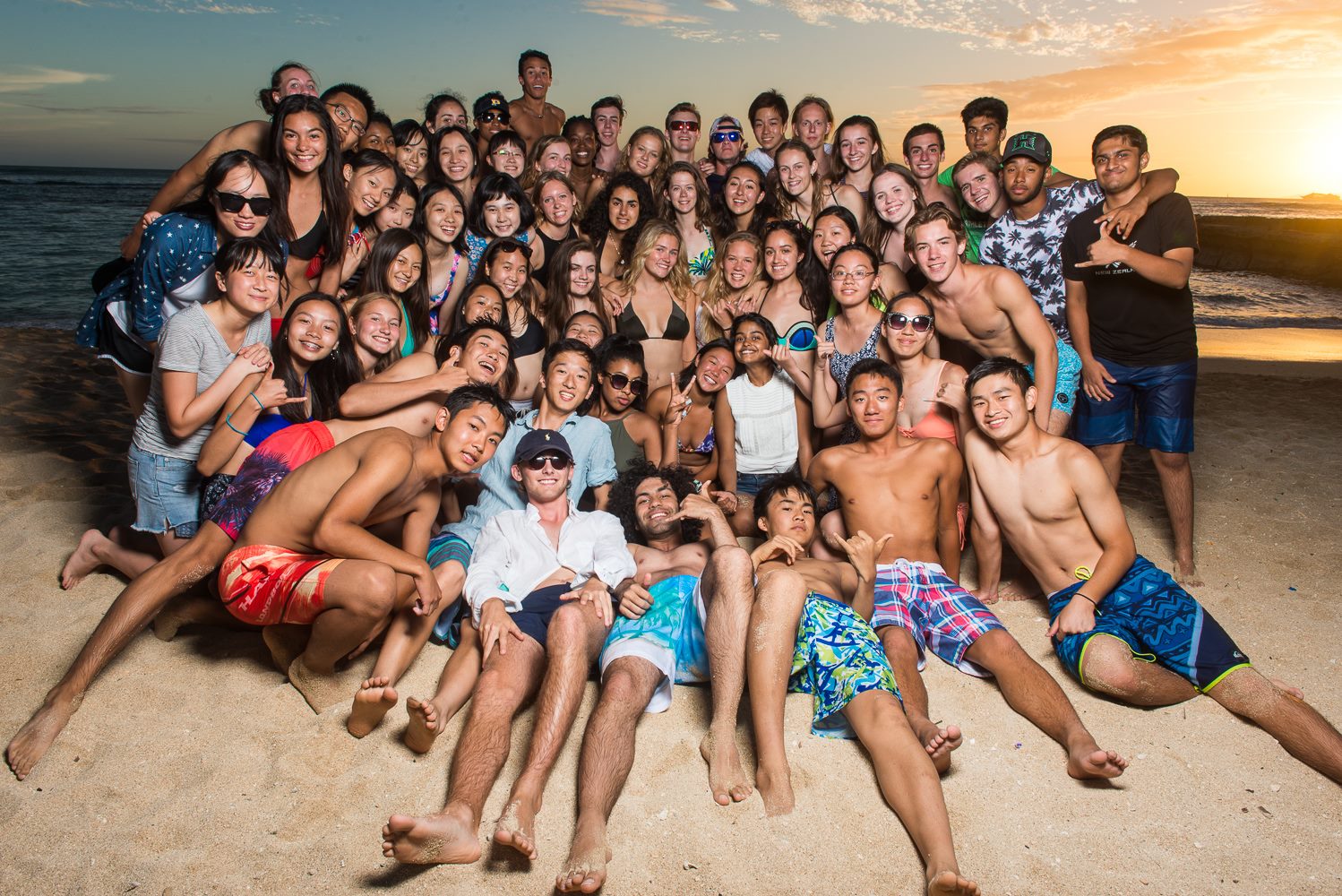 These experiences help us when we started to plan for our own project the second week. By having people like Dr. Soetoro-Ng and Mr. Apio shed light on what they believe peace and leadership are made us realize how complex the phenomena really is. Also by visiting Pearl Harbor, we were also exposed to the tragedies of what a state of conflict, arguably the antonym of peace, could lead to. Therefore, we concluded that creating peace in one’s own community is quintessential in preventing larger scale conflict.

”Thanks for an amazing opportunity!”

Because Sweden is rather segregated between people of foreign background and Swedes, it can be tense between the two communities. Swedes have yet to perfect a successful way of integration and thus keep for themselves. Immigrants to Sweden struggle to integrate into everyday life.  We believe that this is a big problem in Sweden and that is why we chose to focus our project on students that struggle to get into high school in an area where there is a lot of immigrants. We want to help them reach the grades that are required to enter high school. This could, in essence, also lead to an enhanced understanding between people of foreign backgrounds and Swedes in order to promote a more powerful, peaceful and inclusive society. To learn more about our project we recommend you to watch our presentation video:

(NOTE:  This video feed is for all of the SGLI presentations, we are #16)

To read about VRG’s participation in SGLI 2016, click here>>

To read about VRG’s participation in SGLI 2015, click here>>

To read more about the SGLI project, click here>>